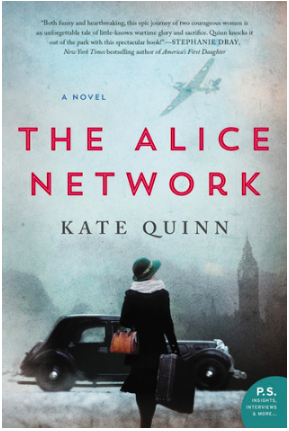 What a lively discussion about A Rage in Harlem last Thursday! Nearly two hours, and we didn’t even get to say much about our next read. Never fear — details are here, along with some interesting literary tidbits I’ve found along the way. Enjoy! I’m looking forward to our next meeting on May 17th at 7pm. 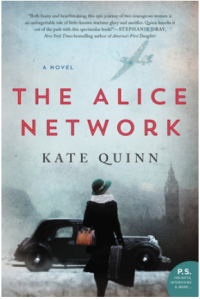 The Alice Network by Kate Quinn

This 4/21 Wall Street Journal article about “Nordic Noir” novels includes a nice bit of irony about Jógvan Isaksen’s Detective Hjalti Hentze series. The setting, in the autonomous Faroe Islands nation (within Denmark), actually has had only four murders in 30 years, and the current lieutenant worked each case. He also feeds the village sheep in his spare time. Apparently, shenanigans on a 50,000 population island where everyone knows each other and the only escape is over rocky outcroppings into the cold sea serves as a deterrent!  Anyway, it reminds me of the Detective Erlendur series and some other noir we’ve read. This image (from the hard copy of the paper) is great — showing where the bodies are found. What would a drawing of the English Countryside look like in Agatha Christie’s world?

Alexandra Wolfe’s 4/21 “Weekend Confidential” column in the WSJ features “The Queen of Suspense”, who turned to writing at 36 to support herself and five small children when her husband died of a heart 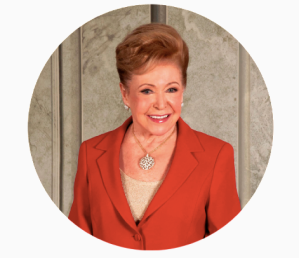 attack. She still writes six hours a day, mapping out the plot in a long outline and writing biographies of characters down to the way they dress. It takes her two months to get the first 50 pages right, as “they’re the most challenging.” The article concludes that each book is the first book Higgins-Clark feels she has written as each needs a fresh plot and characters.

You may recall author Lori Rader-Day, who virtually visited our July 2017 meeting, won a Mary-Higgins Clark award given by the Mystery Writers of America for the book most closely written in the Mary Higgins Clark Tradition according to guidelines set forth by Mary Higgins Clark. (Photo from http://maryhigginsclark.com/)

Patricia Rosemoor is celebrating her 100th book release with EYES OF THE TIGER. I attended a

meeting led by Patricia, where she talked about romance in mysteries and (blush) steamier writing. Love, intimacy, and physical expression should always propel the characters and plots forward. (Oh, so that’s why it’s in there? Uh-huh.)

Amazon is giving away 9 Kindle Books to “Celebrate World Book Day” until Tuesday, April 24 at 9:59 pm CDT.  There’s a variety of offerings, but I’ve highlighted the two crime reads below:

PSYCHOLOGICAL SUSPENSE
The Light of the Fireflies

In this haunting page-turner, a boy who lives underground will discover that light exists in even the darkest of places. Paul Pen is a Spanish author of literary fiction, thriller and suspense. His first novel, El aviso, earned him the title of Fnac New Talent in 2011 and has been translated into German and Italian. Also a journalist and screenwriter, Pen won the 2014 Gonzoo Prize for author of the year from Spanish newspaper 20 minutos. The Light of the Fireflies is his second novel.

Translated from Spanish by Simon Bruni

MYSTERY
Still Waters
Swedish author Viveca Sten has sold more than four and a half million copies of her enormously popular Sandhamn Murders series. Married, with three children, Viveca lives just north of Stockholm. She has had a highly successful legal career as a lawyer and until recently held the position as General Counsel at PostNord (the Swedish & Danish mail service), but left in 2011 to focus on her writing.